AN ESCAPE FROM MARRIAGE IN 1658

The married couple Herbert and Herbertin came before the Viennese Ecclesiastical Court for the first time on August 19, 1658; only seven weeks after getting married. Johann Christoph Herbert demanded that his wife return to him and resume married life, she had run away without reason only five days after the wedding. Anna Maria Clara Herbertin stated the reasons for her flight to be physical aversion (he had bad breath and was incontinent) and [her husband’s] alcoholism, violence and impotence. Her husband objected to all these allegations and accused the plaintiff of abandoning him without reason. The hearing ended without a settlement. The lawyers Dr. Lang and Dr. Bechtoldt both deposited bail to ensure that the plaintiff and the defendant would not withdraw from the proceedings through flight.

The argument which the wife presented as her explanation for abandoning her husband was recorded by the court clerk as follows:

The separation or divorce of marriages was seldom an act which occurred without any problems. When those involved did not come to the court when summoned, when someone fled, or ignored the court orders the consistory often requested assistance from the secular authorities. Only very seldom does one find documents which show that the ecclesiastical court itself applied coercive measures.

In June 1665 Ursula Grieblerin could no longer stand living with her violent husband. After Lucas Griebler himself admitted to repeatedly hitting his wife the Viennese consistory granted a two-year separation with the condition that Lucas Griebler was to stay away from the plaintiff and her room and completely abstain from cohabitation under threat of personal arrest. Not wanting to accept this, he protested directly at the hearing, saying he wished to go to her room immediately. Due to his defiance the consistory saw itself forced to have Lucas Griebler arrested by the court cursor and imprisoned with only bread and water until he vowed to improve his behavior. After four days he was released.

A TOO REVEALING STYLE OF DRESS …

On 18 November 1776 Klara Freyin von Summerau and Gottfried Freiherr von Summerau appeared before the Viennese Consistorial Court. The wife then stated that a peaceful cohabitation was not possible and requested to be allowed to forbid her husband to enter their dwelling and to live separated for a certain amount of time. Klara Freyin von Summerau listed the reasons for this request for “tolerance” – as the time period of the separation was referred to – as follows:

Ägyd von Liechtenstern, clerk at the Imperial Chancellery of the Emperor (Reichshofkanzlei), approached the Viennese Consistory in December 1781. According to his statement he could no longer bear to live with his wife in the home of his father-in-law Karl Fritz von Rustenfeld. Ägyd von Liechtenstern stated to the court that under the roof of his father-in-law he “[had to] live separated from his wife and that he [was] treated quite maliciously”. He requested from the ecclesiastical court that his wife should be ordered to cohabit with him at his dwelling. Karl Fritz von Rustenfeld said in her defence that 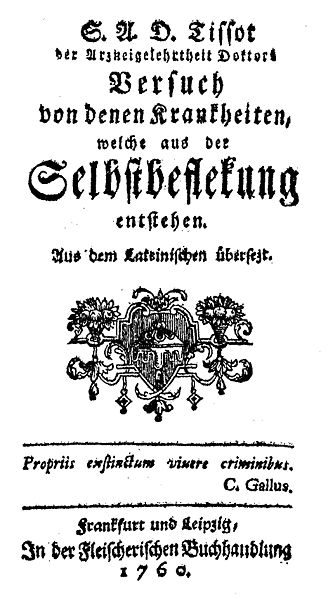 In 1784, under the pseudonym “Arnold”, the writer Johann Rautenstrauch published a three-part booklet entitled “The weaknesses of the Viennese. From the manuscripts of a traveller”. In this work one finds interesting descriptions of (bourgeois and noble) Viennese daily life. Rautenstrauch commented on “marriage”, the “reluctance to marry”, “compulsive gambling” and “make up”. He made fun of the critics of the Josephine Marriage Ordinance of 1793 which introduced the so called “separation of the marriage” (= Separation of the marriage bond with the option to remarry) for all non-Catholic couples and the uncontested divorce (= divorce from bed and board without the option to remarry) for catholic couples.

Those who are interested in the “Weaknesses of the Viennese” can find the booklets at the University of Vienna on Phaidra, a repository for the permanent secure storage of digital assets.